BLK LBL Bipod | In Case You Missed It – Donald Trump and the Second Amendment
15627
post-template-default,single,single-post,postid-15627,single-format-standard,woocommerce-no-js,ajax_fade,page_not_loaded,,columns-4,qode-child-theme-ver-1.0.0,qode-theme-ver-12.1,qode-theme-bridge,wpb-js-composer js-comp-ver-5.4.5,vc_responsive 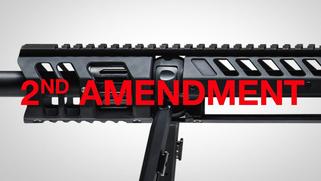 Posted at 17:24h in Uncategorized by NumoCreative 0 Comments
0 Likes
Share

The American voter has spoken, and Donald Trump is going to be the 45th President of the United States. Amongst those voters were, of course, many gun owners who helped elect the man who has publicly stated the Second Amendment “is America’s First Freedom.”

A licensed gun owner in the state of New York, (even stating he has a concealed carry permit) Trump has never been shy about his belief in defending the Second Amendment, going so far as to say that, “the Constitution doesn’t create the right to bear arms – it ensures the government can’t take it away.” It’s a position that reinforces his belief that, “the right to bear arms protects all our other rights.”

In fact, before his victory, President-Elect Trump had made it clear he was committed to creating what he called his ‘Second Amendment Coalition’, described in a press release as a group of over sixty people who will, “advise Mr. Trump and Governor Pence as they protect our Supreme Court and our right to keep and bear arms”. All of this obviously aligns extremely well with the ideals and position of the powerful National Rifle Association. The NRA spent millions of dollars on television ads leading up to the election that expressed fears over Hilary Clinton’s intent to tighten gun control, and limit the rights of owners. That worry would seem to be alleviated now.

Ultimately, Trump now also has a chance to tip the balance in the Supreme Court, nominating a judge (or judges) who would both lean more toward upholding the Second Amendment and the rights of gun owners throughout the country, and maybe even roll back some of the gun control initiative implemented by the previous administration.

We’ll see how the new President acts when he takes office on January 20th, 2017.